My name is Gino De Luca, and I am a musician, singer-pianist, cabaret artist, and music educator in the dual Chicago-Milwaukee metropolitan area.

As a performer, my specialty is playing the piano and singing the legendary music of The Great American Songbook.  I also perform a wide variety of pop music from the 1910s to the present, Broadway musical selections, music of singer-songwriters, and jazz standards.  Finally, I enjoy singing classical vocal repertoire, including opera and art song (French, German, Italian, English, Russian, and Latin), and sacred music.

I am happy to announce the release of my first album:  A Time to Heal.

Join Karen Valentine and Just Gino! as we celebrate the start of Daylight Saving Time with a time-themed Cabaret this Sunday, March 10, from 5:00 until 7:00 pm at This Is It!, 418 E. Wells St., Milwaukee, WI.  Performance is free and open to the public.

Just Gino! at The Wisconsin Club

Karen Valentine Goes to the Prom: A Cabaret Show with Gino De Luca

Free and open to the public.  Donations accepted.  Proceeds will go to the Valentine Fund for Arts and Culture through the Cream City Foundation. 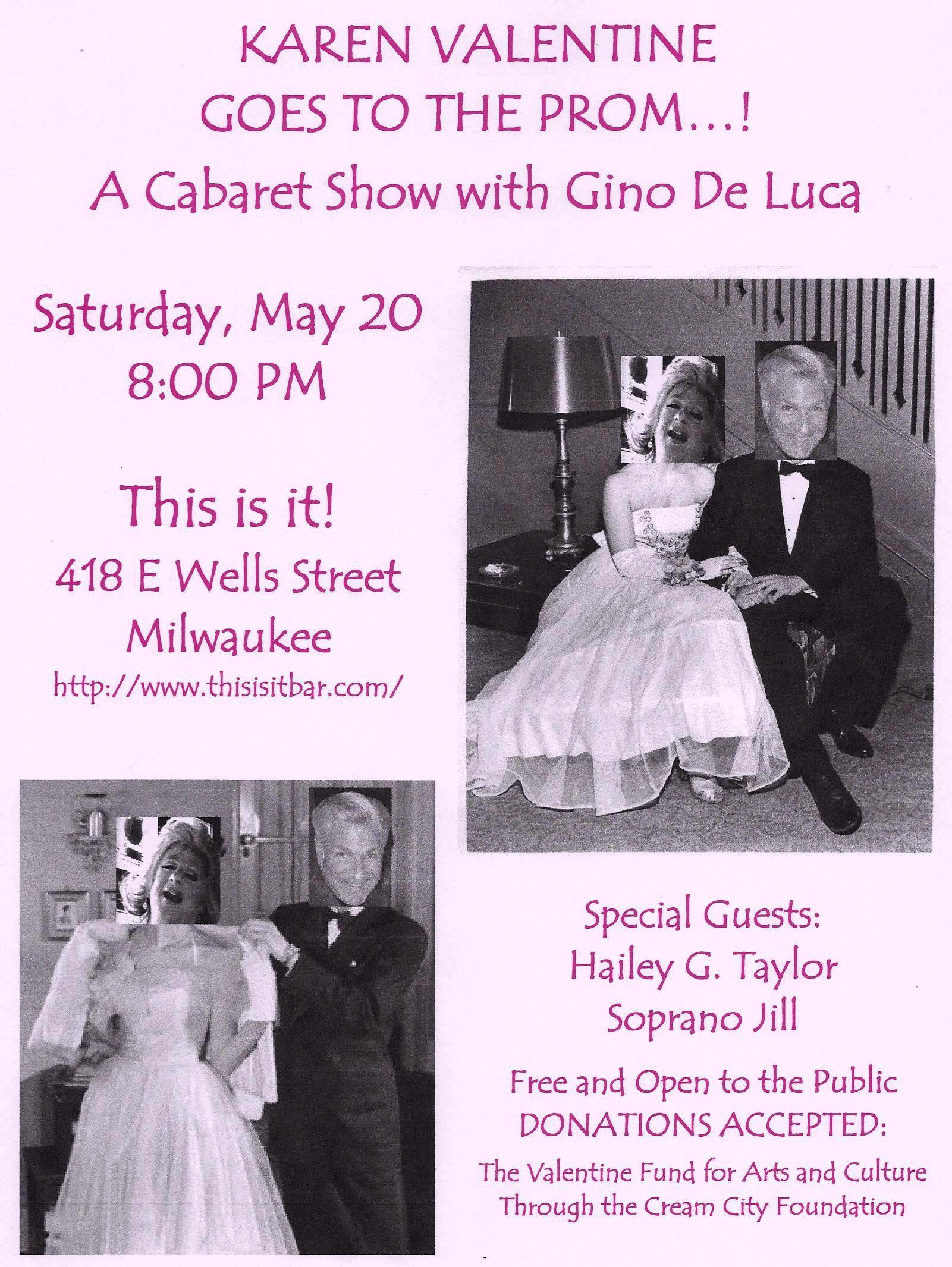 Join Gino for a late afternoon/early evening of great food, drinks, and entertainment at Rare Steakhouse 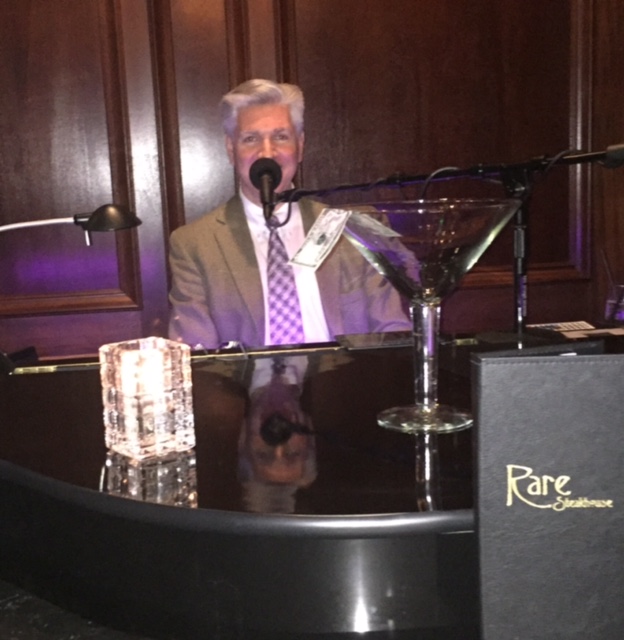 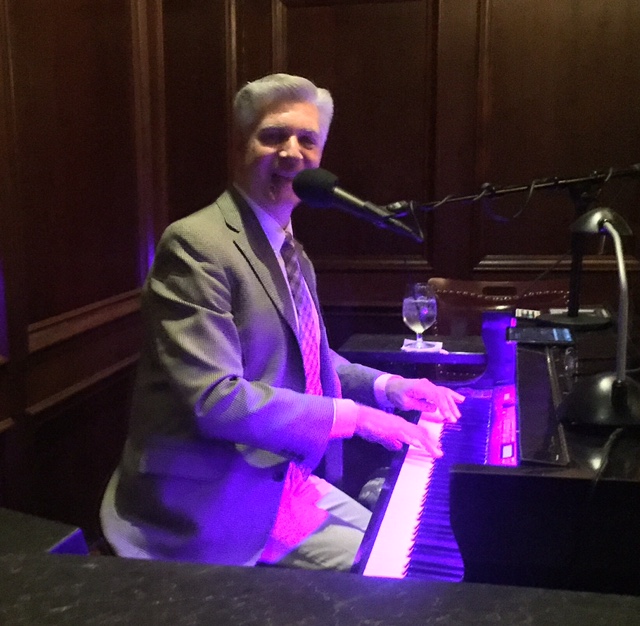 Broadway and Beyond: A Valentine's Cabaret

If you are in the vicinity of Goshen, Indiana on Friday, February 10 or Saturday, February 11, 2017, you won't want to miss Carrie Lee Bland Kendall and Gino De Luca, as they present Broadway and Beyond:  A Valentine's Cabaret in anticipation of Valentine's Day.  Join Carrie Lee and Gino as they sing some favorite Broadway ballads and showstoppers in celebration of love, loss, and life. You'll hear quintessential Broadway hits from such composers as George and Ira Gershwin, Richard Rogers, Oscar Hammerstein, Irving Berlin, Stephen Sondheim, Andrew Lloyd Webber, and more. 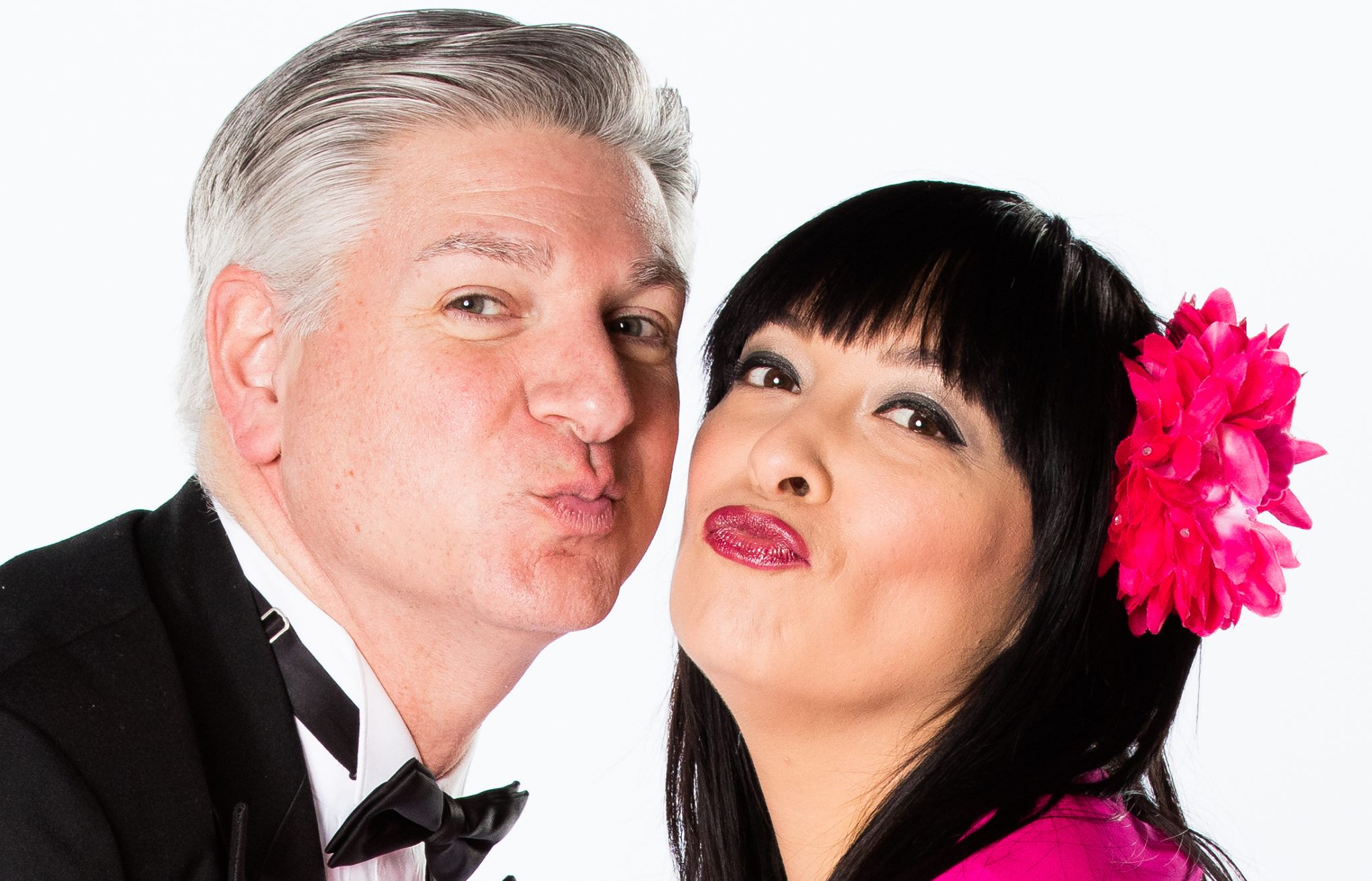 I am excited to be among the faculty at Goshen College's Musical Theatre Camp, where I will be teaching Singing for Performing and Auditioning

Make sure to check out the River Bend Film Festival in Goshen, Indiana from Thursday, March 31, 2016 through Saturday, April 2, 2016. This celebration of independent cinema from around the world is taking place for the first time in beautiful downtown Goshen. Come and celebrate the beginning of spring by enjoying great films and meeting filmmakers and actors. Gino will provide live entertainment for the following Festival events:

Love American Style: A Look at Love Through the Great American Songbook

If you are in the vicinity of Goshen, Indiana this weekend, you won't want to miss LOVE AMERICAN STYLE: A Look At Love Through The Great American Songbook. From Gershwin to Sondheim, Love American Style is a new cabaret by dynamic duo, Carrie Lee Bland Kendall and Gino De Luca. 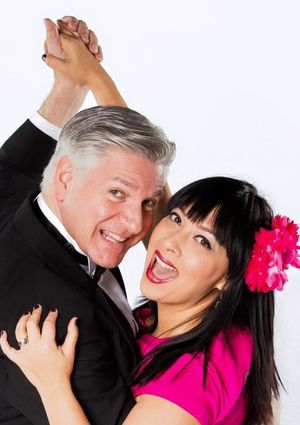